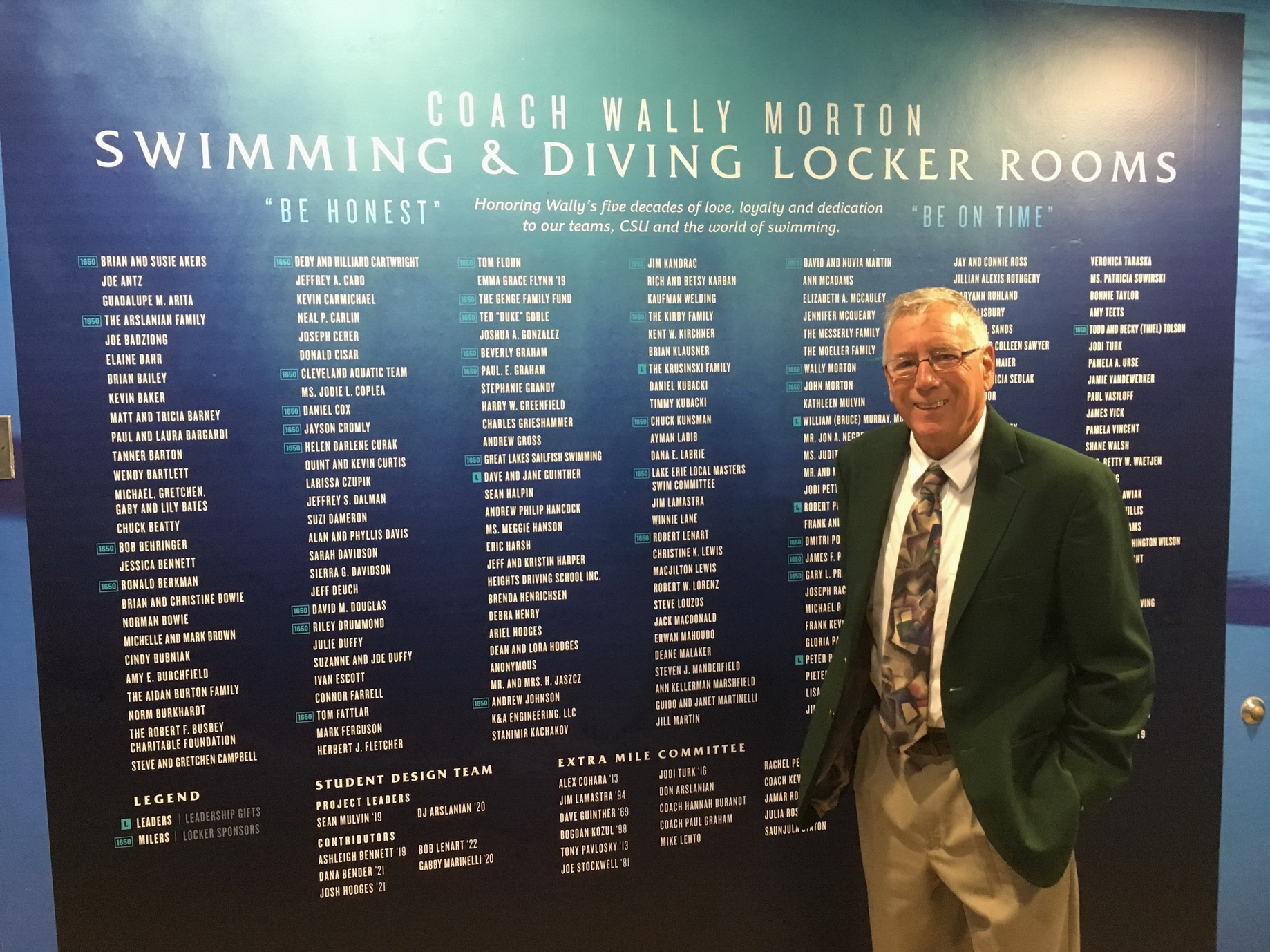 Saturday October 5th, 2019 was a big day for Wally Morton, The Robert F. Busbey Natatorium and the teams who swim and dive there. Thanks to the generous support of CSU Swimming & Diving family, friends, and alumni worldwide, the newly renovated women’s and men’s locker rooms were opened for public viewing and dedicated in Wally’s honor. 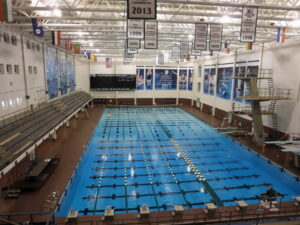 This event was another major milestone of the Champions Campaign launched in 2009 by Wally and Joe Stockwell. The installation of the video board, record board and championship flags from 2011 through 2014 was followed with eye-popping graphics that captured 9 decades of Fenn/CSU swim/dive heritage as part of the Heritage Project dedication in 2015.

The new locker rooms unveiled today were redesigned to provide a unified space for the men and a more open space for the women.  And new showers. 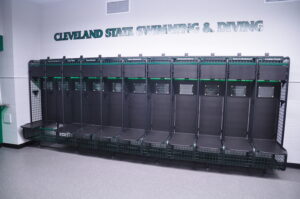 And new lockers.  Open, waterproof, sharp looking lockers. The co-stars of the lockers were the 68 acrylic panels with custom laser-engraved sponsor names complete with way-cool LEDs. Student athlete names are on the top of their locker. Upon graduation, their name, year and major will be added under the sponsor name.  Over decades these forever bonds will create 68 groups of closely linked “VIKES FOR LIFE”. 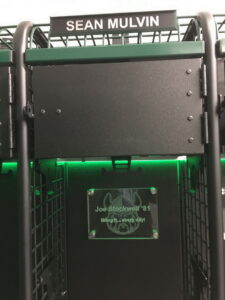 A shout out to Sean Mulvin for spearheading the concept of using CSU technology and, joined by DJ Arslanian and Bob Lenart, design and fabrication of each nameplate in the Dan T. Moore MakerSpace.

The “Extra Mile Program”, so called because donors who contributed $1,650  became locker sponsors, was another reminder of the “Team is Forever” and “Excellence in All We Do” sprit that has continuously driven the Fenn/CSU swimming & diving program.  A program continuously driven by friends and alumni past, present and future – truly VIKES FOREVER !

You can READ MORE, about the messages honoring Wally from President Sands, AD Scott Garrett and Head Coach Hannah Burandt courtesy of Spencer Kowitz. For a truly inspirational tribute to Wally Listen to the keynote from Bill Dorenkott, CSU alumni and Head Coach of the Ohio State team. You can also view PHOTOS FROM THE DEDICATION CEREMONY. 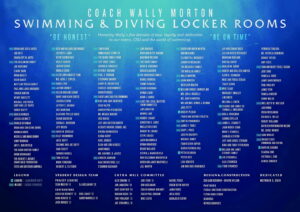 Kudos to many who made this day possible, and for them we pass along “One Clap”  in the Busbey/Morton tradition (Read Wally’s inspiring  Dedication Comments). – – To the 183 friends and alumni who contributed $200,000+ to make the Wally Morton locker rooms a reality (click DRP image to see names):  * * *  To Scott Garrett, Tyler Jones, Hannah Burandt and the many other Athletic Department staff whose vision and planning made dedication day so special for Wally and those who attended – – To the Student Design Team, Extra Mile Committee and Design and Construction Team (click DRP image to see names) for bringing Wally and Joe’s vision to life. * * *

We’d be remis if we did not pass along our sincere thanks to Dwayne Wilson and the CSU teams he represents in bringing these locker rooms to life.  As our CSU Project Manager he worked with our team from day one to complete the bid documents, select contractors, coordinate with CSU maintenance and facility teams and manage the project to completion. Without his guidance, tenacity and optimism in navigating the many processes and procedures required along the way we would not be here today. 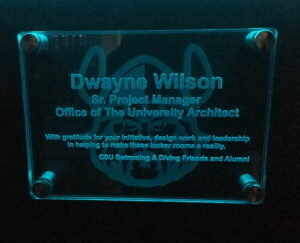 Wayne’s  contributions go beyond a CLAP.  The Extra Mile team honors Dwayne, his team and the many other internal CSU teams he represents with a plaque in the locker rooms. We truly appreciate all you have done for the CSU Swimming & Diving Program. 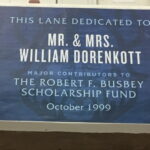 While not on Saturday’s agenda, the corroded plaques honoring those who sponsored a swimming lane or diving board in support of the Busbey Natatorium Dedication-1999 were replaced with new “Heritage” graphics.  And new CSU Team Graphics were added to the space behind the “TV Platform”.