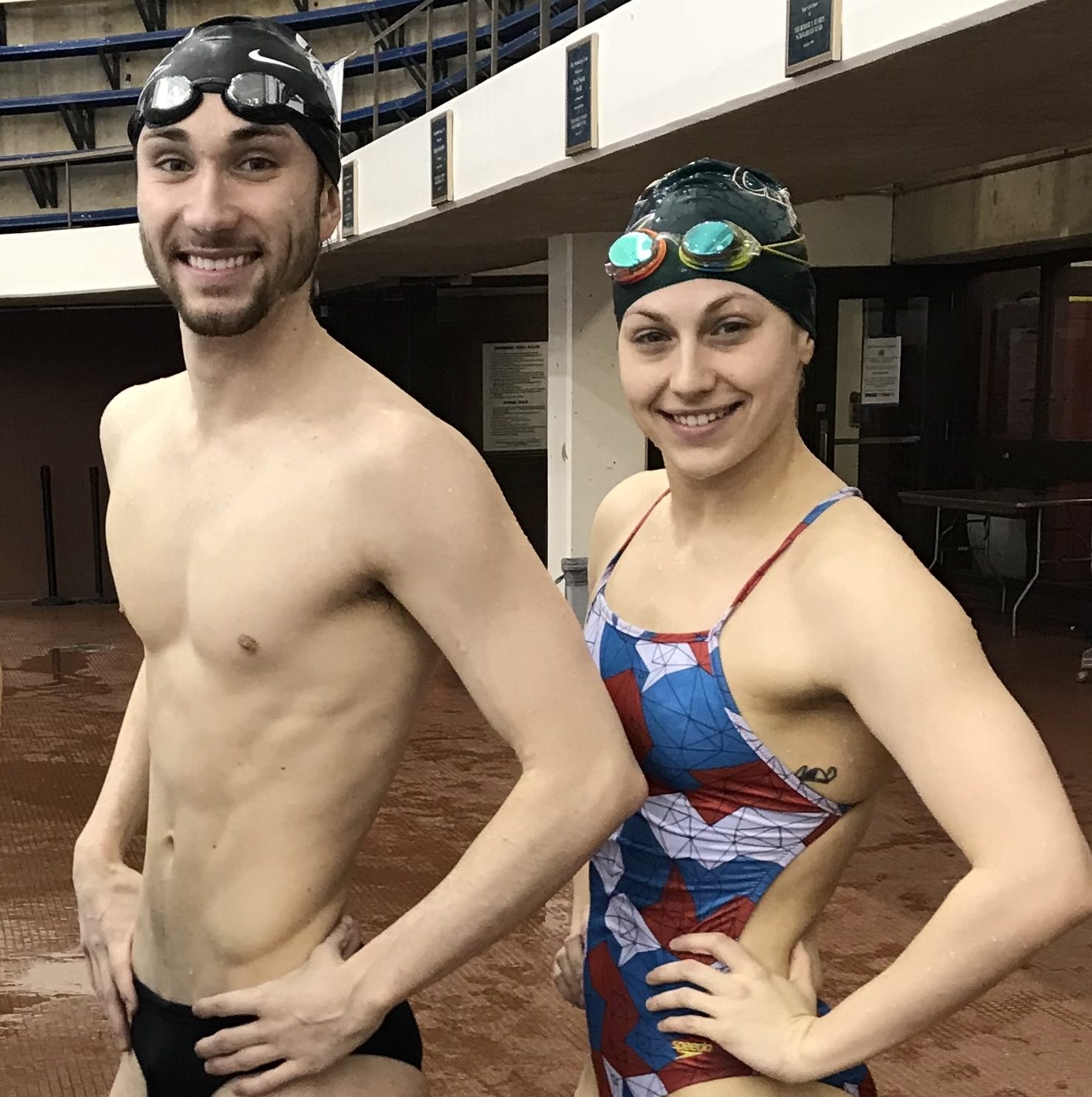 Every dollar raised for the The Robert F. Busbey Athletic Scholarship, the Frank Tilocco, Jr. Memorial Scholarship, and the Tom Smolinski Endowed Diving Scholarship go towards helping our student athletes achieve their current and future goals. Below are a few words from seniors Jamie Vandewerker and Jonathon LaValle, expressing their thanks, and how this financial assistance has impacted their lives

“Receiving the Busbey endowed scholarship as allowed me to be a part of a university and swim program that gave me the skills to be successful at CSU. I have grown so much from my time here and now I will get to transfer what I have learned to my graduate school program. However, it is not only about financial assistance, having a scholarship from this fund directly links me to the history of Cleveland State swimming and shows me that our team has a network of people in the world that are supporting us and want to see us succeed at CSU and beyond.”

“Hello! My name is Jonathon LaValle and thanks to the Busbey Endowed Scholarship I am able to compete for Cleveland State University and pursue my undergraduate degree in Finance and Economics. I am from Kansas, which has no male collegiate swim teams, so it’s because of your generous donations that I am able to afford the out-of-state tuition at Cleveland State. Swimming for CSU has opened so many doors, given me countless experiences, and introduced me to many life-long friends. Thank you for donating to CSU swimming and diving and allowing me, and many other student athletes, the opportunity to pursue their passion both in the classroom and in athletics. GO VIKES!!”

See below for more information about each scholarship:

Tom Smolinski, one of CSU’s greatest divers and class of ’99 graduate, passed away from injuries sustained in an automobile accident in 2015. A strong, fun-loving individual, Tom is remembered as always having a smile on his face and a joke to share with his friends and teammates. Tom’s legacy lives on through a scholarship to honor his life and to strengthen the men’s and women’s swimming and diving program.

Frank Tilocco, Jr. was a dedicated member of the diving team who died in a car accident in 1981, when he was a sophomore. He’s remembered as a popular and loved member of the team. In remembrance of his love of diving and CSU, this scholarship is awarded to a student-athlete in the diving program at CSU.

Robert F. Busbey, 4-sport letterman and the schools first all-american, former Cleveland State University athletic director, vice president and head swimming coach impacted the University’s sports program, from 1946 – 1994, as only few men have at any collegiate institution. During his coaching tenure, he was named the 1964 U.S.A. assistant swim coach for the Olympic team, served as chairman of the NCAA swimming committee and was responsible for bringing five NCAA swimming and diving championships to CSU. Bob received the 1982 national collegiate and scholastic swimming trophy – one of the sports’ highest awards. Unanimously voted a charter member of the Cleveland State Athletic Hall of Fame, he devoted 49 years of his life to the school where he was educated and employed. The Robert F. Busbey Athletic Scholarship, funded primarily by former Busbey student-athletes,  provides assistance to deserving member of the swimming and diving teams.

Thank you again to all of our donors!!