CSU and the Olympic Experience 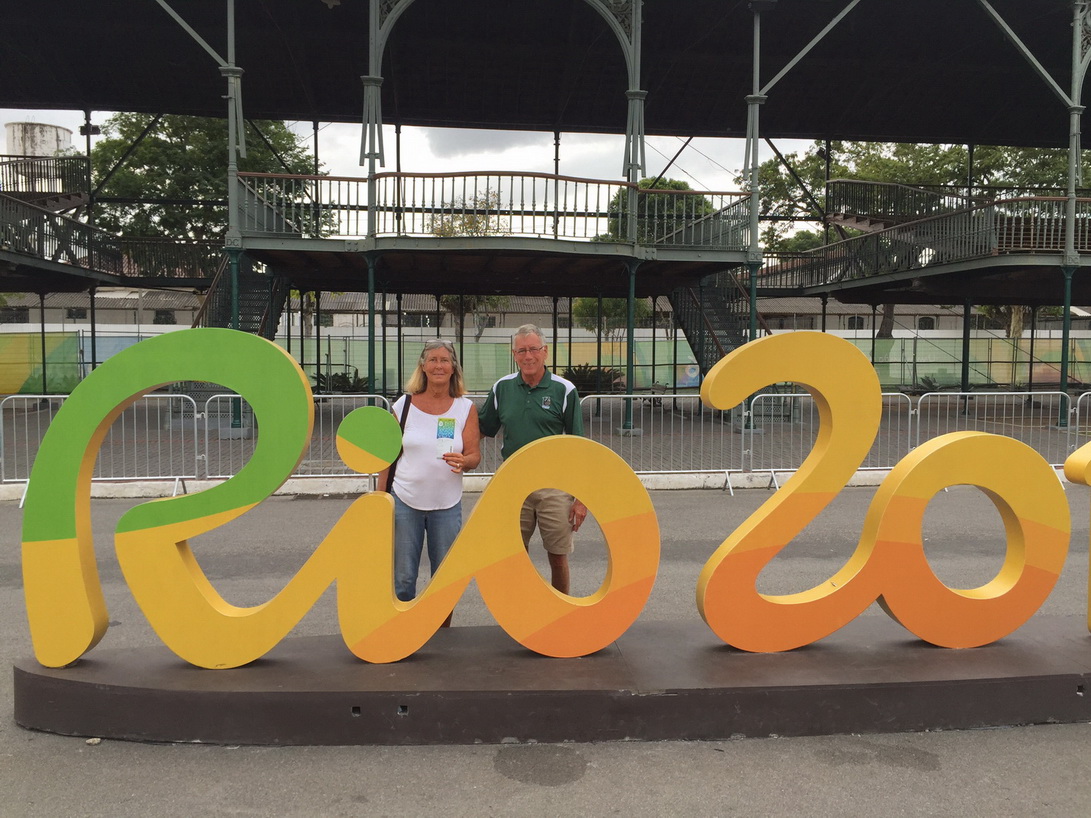 Carol and I had the opportunity to recently attend our tenth summer Olympic Games in Rio. The City of Rio de Janeiro should be commended for being the host for the biggest and best event that is on a magnitude unequalled in sports or any other enterprise.  Despite monumental challenges along with negative media scrutiny they were magnificent. Everything about our experience was perfect.  The people were welcoming; the mass transportation was efficient and comfortable; the venues are in beautiful settings surrounded by mountains and sea; and everything was on time. What attracts us to the Olympics is that it brings people from all over the world to celebrate in a peaceful way. We always love the culture of the host city and Rio was extraordinary.

CSU has a long history with the Olympics. It’s greatest Olympian was Bob Busbey, who was one of only four USA Swim Coaches in the 1964 Tokyo Olympics. Swimming is the strongest USA Sport in the Olympic Games and starts immediately after the Opening Day Ceremony.  The USA Swimmers had an historic performance and exceeded all expectations. It created an energy that was contagious with all sports.

CSU Athletes and Coaches have been numerous. The greatest performance was Matt Gaffori who won the Silver in Heavy Weight Division of Greco Roman Wrestling in the 1996 Atlanta Olympics. Carol and I were there to see him wear his CSU Sweat Shirt as he ran around the Arena.  In swimming we have had many who have been part of our program that have participated in the Olympics.

Another Olympic connection is Thiago Lazarini who swam with us in early 2000’s. He is from San Palo, Brazil and works for Proctor & Gamble in Costa Rico. In 2008 Nedim Nisic became the first active Viking swimmer in the history of our program to qualify for the Olympics. He was a Horizon League medal winner in the 100 fly as a sophomore and junior.  Nedim is vice-president at Aztek here in Cleveland and was instrumental in developing the CSU Swimming and Diving Heritage Website.

Our journey this year was full of CSU connections. In 1983 the CSU Swimming & Diving Team traveled to Rio as part of an exchange program with Gamma Filho University. History professor Don Ramos established the relationship to strengthen ties with the two similar urban educational institutions. Everyone involved on our Team will never forget the amazing time we experienced in both clinics and competitions.  Shortly after that Carol and I hosted two students from Gamma Filho shortly after our son was born. One was Cristina Santoni who went on to be a CSU Swimmer in the 1984-85 school year.  The experience was life changing for her. After staying with us she moved into Fenn Tower and absolutely loved CSU!  Her CSU/ Gama Filho University major was in Economics with an emphasis on accounting – a background that helped her a lot as she went on to be Senior Vice President of Chase Bank in Brazil. She has gone on to be a small business entrepreneur and among other things manages the Djan Madruga Sports Academy which is named for her husband who is a Olympic medalist in two sports and swam for the great Doc Councilman at Indiana University.

Cristina was our host for the Olympics and we stayed at her apartment which was perfectly situated to ride the mass transit and easily get to any venue. She and her maid Lucy cooked all our meals. Her husband Djan was the swim commentary for Fox Sports. He was a torch relay participants and was on television the entire time we were there.

We attended opening ceremonies, gymnastics, slalom canoe/kayaking, cycling, beach volleyball, and of course swimming! At swimming we spent time with former swimmer Ian Murray who was an Olympic Coach for the Seychelles. His swimming insights and analysis were right on the mark! The USA fans were everywhere and made me feel pride for our country. The true Olympic spirit creates an atmosphere where you cheer for all the countries.

We left the Rio Olympics a bit early to attend Amanda Pallija and Wesley Barnhart’s wedding in North Lawrence, Ohio. Carol and I love swimmer weddings and Amanda who graduated in 2014 is one of my favorites. (Everyone is my favorite) Swimmers both near and far from New Zealand, South Africa, Sweden attended. To Carol and me it was our embrace of all nations and what the Olympic Spirit is all about! What a way to conclude our Olympic experience!!!!!

CSU Swimming and Diving is forever!