Join me on #csugivingday on Wednesday Feb. 24.  As we honor Tom and support the TEAM I love! When you participate on CSU Giving Day, you make the Swim-Dive Team strong!

Tom was a great teammate,roommate, and most importantly, a great friend. He had an amazing quality of always having a positive attitude, which helped us overcome adversity during our college experience. Tom was very passionate about education, and his major in communications in particular. He was truly a student first, even with all of the time and energy spent with the Team that won back to back Conference Championships. Graduating from college meant a lot for Tom. We graduated together in 1999 and were roommates at the time – renting an apartment in Euclid together. I will always remember celebrating after receiving our Bachelor’s degrees!

Tom was very excited about his internship with the Cleveland Plain Dealer newspaper in the Summer of 1998. While many  of us struggled through our internships/summer jobs, Tom truly enjoyed his and was very passionate about his experience- I was jealous.

I will never forget how excited Tom was about getting his college education and being a member of a Team that never lost a Conference Championship. Amazing! 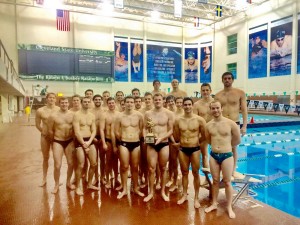 I sincerely ask you to support the  Tom Smolinski Scholarship on Giving Day on Wednesday February 24! By doing so you will provide more scholarships for the CSU Swim-Dive Teams.  Please read why it means so much to me. #csugivingday

During our time at CSU, we were taught how to exhibit toughness and a will to win on a daily basis. No individual on this planet defined those qualities more than Tom!

As a personal friend since our high school days in the Buffalo NY area, I wanted to share a quick memory of Tom.

First off, Tom was a legend in the western New York diving community for several years. As such, when I got to know him, he was an established “star” who I was a little intimidated to meet.

Our first meeting took place during a dual meet between our rival high schools. Up to this point in time, I did not appreciate what athleticism a diver could display and Tom was the first I had seen with his skill level. By the end of that first personal encounter I was Tom’s biggest fan. We immediately became good friends and ended up running in the same social circles for the rest of our high school days.

At the end of our senior seasons, he and I had the good fortune to be roommates at the NY State swimming and diving championships. It was there that I got to truly see what a fun spirited kid Tom was. The University of Rochester pool deck lit up when Tom was on deck. He had an amazing ability to connect with swimmers, divers and coaches from the entire state. It was no surprise that Tom was being heavily recruited by major NCAA division 1 programs.

Unfortunately Tom had a little too much fun that last high school season and decided to focus on his studies at a local community college rather than continue his diving career. We continued to stay in touch when I went off to study and swim at CSU in the Fall of 1993.

Tom went on to have a great career at CSU as a key part of two Conference Championship Teams! He was a winner in every way.

It was an honor to dive with Tom Smolinski at Cleveland State University. He was a great diver that kept us entertained and focused. We showed up every day because as a teammate Tom made it fun and pushed us to be our best.

Tom described diving to others in practical terms “You have to be nuts to dive.” He explained the concept of climbing a ladder and then throwing all your weight at the end of a fiberglass board. “While the board launches you in the air, you are expected rotate and twist as many times as you can before crashing into the pool. You always hope for a soft landing but most times it leads to an inevitable beating.”

Diving practice with Tom was a thrill all by itself. If you weren’t holding your head from a near concussion, you were holding your gut from laughing so hard at one of his jokes or stunts that he contrived for the sole purpose of distracting us from physical and mental anguish. Most of us would have loved to end the daily beatings inherent with the sport, but Tom would keep us from self-imploding at practice.

Tom Smolinski was someone that was always there to pick us up and make us laugh. He never let us quit, teaching us how to be resilient – which made many of life’s daily beatings a little more manageable.

It is with great sadness that we share the loss of Tom Smolinski, a proud CSU Viking Diver and class of ’99 graduate. Thanks to the commitment of many, however, his legacy can live on with the Tom Smolinski Endowed Diving Scholarship.

We have an incredible opportunity to honor Tom and his family along with strengthening the Cleveland State University Women’s and Men’s Swim-Dive program by providing scholarship assistance to the team. CSU Giving Day 2016 provides this opportunity. 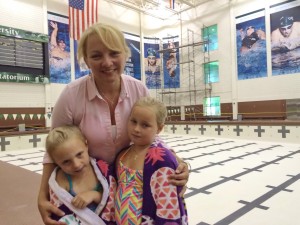 Did you know the Tom Smolinski family led by his widow Kim and her two young twin daughters has raised almost $30,000 in order to establish the Endowment? The Robert F. Busbey Charitable Foundation will provide a matching grant on Giving Day for all donations up to $5,000.  The money will not only help the Divers but the Swimmers as it will enable more scholarship money to be awarded to all team members.

Here’s how you can get involved and make a difference. On Wednesday February 24 (GIVING DAY) visit http://givingday.csuohio.edu to make your gift.  Click on the ATHLETICS tab then be sure to specify the Tom Smolinski Endowed Diving Scholarship as the recipient of your donation.

Your simple act of pushing the donation button on CSU GIVING DAY Wednesday February 24 will show everyone how much Swimming and Diving friends and alumni positively impact the University. No matter what the amount of your gift, the fact that you engaged and gave is what’s most important.